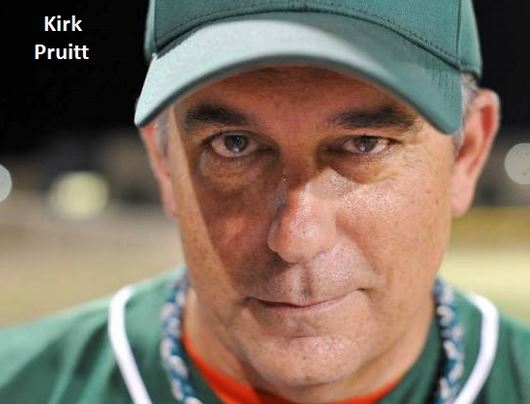 By Steve LaMontia, Director of Communications

Kirk Pruitt is the president of the North Texas Amateur Baseball Leaguelocated in and around the Dallas area, a league he has called home since 2001.  Residing in Bedford, Texas with his wife Suzanne, he is the 53 year old parts specialist at Park Place Mercedes-Benz. 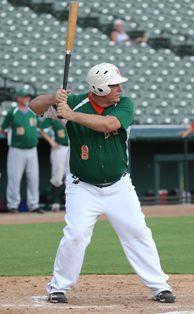 Because of Kirk’s tireless efforts in keeping one of the MSBL premier leagues running smoothly, as well as for his unselfish efforts in organizing the annual Texas Cup to benefit the Scottish Rite Hospital for Children charity, MSBL Founder and President Steve Sigler has named Kirk to the 2018 class of the MSBL National Hall of Fame.

“I am humbled beyond belief,” stated Kirk.  “In Dallas we have three other Hall of Fame inductees and to be in the same category as them is a tremendous honor.  I stand on the shoulders of these men; Sam Kayea, Joe Daniels and Gerry Mecca.  I am truly humbled to stand in their company.  Thank you.”

Kirk continues to play in the 45+ Masters division of his league as a first baseman for the Hurricanes.  He also plays in the Texas Cup and Dallas Open tournaments with the 55+ Dallas Rangers.  “They gave me an exemption,” chuckled Pruitt. 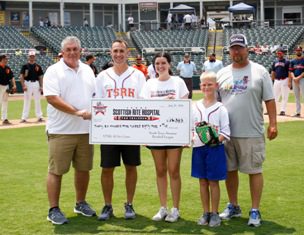 Kirk’s resume is a familiar one.  “I stopped playing baseball in ninth grade because I wanted a car and working did not leave time for baseball.  Then I found adult baseball in 1998, the MSBL in 2001 and, save one two year hiatus for family issues, I have not stopped playing since.”

There are also people behind the scenes who have helped his baseball career along the way.  “Gerry Mecca, Sam Kayea, Bill Macey, Mark Adams, Jason Bottenfield, Shawn Lee, Gary Menees and Anthony Casshave been instrumental in keeping me on course.  I can’t thank them enough for always being there.”

Any final words? “Age is just a number.  The MSBL allows us all to stay young.”